These lines I’m writing are my last act of will in this world. When I’m done, I will surrender my soul to eternal damnation in an explosion of unfathomable ecstasy.

There are worse deaths. But not worse fates.

Forgive my gloomy mood, dear reader. I don’t know you, and I’m about to ruin your day. But if you are reading this, it is probably your job to get your day ruined, anyway. What are you, a police officer? A detective? A lawyer? Whoever you are, I am sorry that you are forced to carry in your psyche the burden of my last words. I honestly hope you can forget them.

But I know you won’t.

Where to begin? Well, I am an evil man. That goes without question. But I wasn’t one that long ago. Yes, I’m old, rich, eccentric, successful and you naturally assume I must have made my fortune by criminal means. But the truth is boringly simple. I’m a businessman. A trader. Of the most exquisite antiques. An honest living, believe me. True, I found my sweetest deals deep where war and death thrive. It is not my fault that desperation makes such a good trading partner. But I did business, not evil. The simple truth is that, until my agents in Afghanistan acquired the book from that old scholar, I was just one more rich asshole living his last years alone in his upstate mansion.

I would like to say that the book changed me. That would somehow imply that, at least in part, it is the book that is to blame. Not me. Sadly, it was me who eagerly dived into its pages to learn its secrets. It was me who procured those rare ingredients. You don’t get crocodile tears in your corner drugstore. Nor blood from a dying maiden. No, dear reader. It wasn’t the book who slit Emma’s throat over a bucket just to draw a pentagram in my basement. Poor Emma. She was older than me, and perhaps as lonely. My housekeeper since I remember. I must admit that I miss her, if that counts for something.

But my moral decay was a small price to pay for the creature’s visit.

Oh, the creature… It is… magnificent! Everything that I hoped for, and then some more. Its awesome presence. Its cosmic power. Not of this world. Sorry, I know I’m being vague, but you can read more in the book. You will find It on the desk next to my smiling corpse. It is written in ancient Avestan, though, so good luck with the translation.

Sorry, my thoughts sidetrack me. Where was I? Ah, the creature… A source of godly power and secrets not meant for this universe. One of which was what I have been seeking for half a life: immortality. I know, a cliché. But it is a cliché for a reason. You would desire it too, with every fibre of your being, if you had my age and means.

So I naturally succumbed to another cliché and made a bargain. The creature would whisper its secret if I fed it enough souls.

At the beginning, I thought it would be easy. What I had to do to poor Emma, I could surely do to a stranger, right? But what I didn’t know back then was how tricky it was to rip a soul from a living body.

First, I brought a teenager. I found her behind a gas station with a needle in her arm. But the creature could not grab her soul, not while it was still so eager to live on. I wonder to this day what such a kid could be so keen to live for. Perhaps another day? Or another high? God knows. In any case, I killed her in the creature’s presence, praying to God that her soul would be easy to pluck when leaving its mortal carcass. But alas, it wasn’t.

The creature then ordered me to bring to its presence only souls that have truly lost all will to live. Those, apparently, he could work with.

I’m not a gambling man. No truly wealthy man is. But I bet that you wouldn’t even know where to begin looking for people yearning for death to the point of suicide, and yet still alive.

That is because you are not evil.

The first one was a woman and her five-year old son. Luring them discreetly into my mansion wasn’t difficult. Not with money. And removing her will to live was surprisingly easy, too. You don’t need to be a connoisseur of the human condition to understand that watching the slow destruction of your own child—particularly when they are still of tender age—and then holding his inert remains against your chest. consumes every last drop of desire to keep going. I don’t have children, so I can’t relate. Perhaps you can, dear reader. Perhaps you can picture a love so strong to defy your own survival, and yet unable to shake the little body of your loved one back into being. In which case—again—I’m sorry.

When I then took the woman to the creature, she slowly raised her blank eyes at it, and then looked down again in silent despair, unimpressed at what even I consider quite the terrifying sight. The woman didn’t care at all about her fate, or anything in this world anymore. The creature gluttonously took her soul and left behind a corpse with a wide grin of ecstasy crossing her dead face.

Every day since, I’ve wondered about that eerie expression of utter bliss. I wondered what she saw or felt in her last moment. It must have been something truly momentous, if it is able to wipe away every misery, no matter how recent. Perhaps she looked through the veil and saw her son calling for her. Perhaps she learned of secrets of which mortals can’t ever be made privy of. Oh, how I’ve wondered and wondered, day and night, but whatever the woman saw there, at the very end, that is a secret the creature is not willing to share.

In any case, the creature was pleased with my services and promised imminent immortality, as long as I kept delivering more souls. I don’t know if you can relate, dear reader. I was going to make it! Immortality, finally at the reach of a human hand. My hand.

So I naturally kept providing. Next was a family. Parents and three kids traversing the area in an old Chevrolet. For some reason, they got out to peek over the fence at the elegant Victorian lines of my home. So I naturally offered a guided tour.

I must admit having mixed feelings regarding the harvesting of that family. The whole operation was… too wasteful. Even after the long hours of work, when I was done with the last child, the soul of the parents would still refuse to give up to the creature. Funny how the will to live hangs on to whatever last thread of love remains in your life. I had to actually work through the wife too, before the man finally gave up. And so I was left with four distorted bodies with screaming expressions of horror, and one with a peaceful, ecstatic grin. What a waste. At least the creature got its soul.

But it kept demanding more. And I kept delivering. What else could I do? What would you have done in my place, dear reader? Immortality was just a soul away. Always one more soul away. I wonder if you get me. I doubt it, but at least you can surely understand the all too human desire to live forever.

I know what you are thinking. That I’m not human. But you are wrong. And if you are judging my acts as inhuman, then you are also a fool. There is nothing more human than craving to reach ever farther, ever greedier, to uncover the secrets of the unknown, for which no price is too high. You might not like it, but, deep inside, you are like me. It is easy to despise the powerful when power is out of reach, but I suspect that you would do what I did, if you had the means.

My tale—my life—comes to an end, I’m afraid. This morning the creature has sadly decided to end our… cooperation. I think that it has grown tired of my increasing hesitation at providing more victims. Now it is lusting for a last meal: my own soul. So it confessed that it had been deceiving me all along, that it has never had the intention of sharing any of its secrets. It told me that the only immortality I could ever hope for is the same one that it has granted to its other victims: eternal existence in his realm of fire and despair. And he pointed out that there was no escape for me. Not any more. Not even if I waited for my natural death. Not with my soul so irredeemably corrupted.

The creature is grinning at me, sitting on that circle of blood, waiting for me to finally drop this pen and let go. Because what is the point? Without hope… Without love… What is the point?

Nothing. Just to complete these lines. For you, my dear, anonymous reader. I don’t wish for forgiveness, that is impossible. Butperhaps you can begin to comprehend my mistakes.

Farewell, stranger. I’m leaving into the darkness now. At least I will go in a flash of ecstasy. That mystifying ecstasy that the soul leaves in its wake. Whatever it may be, I’m afraid that is the only secret I will ever learn from the devil. 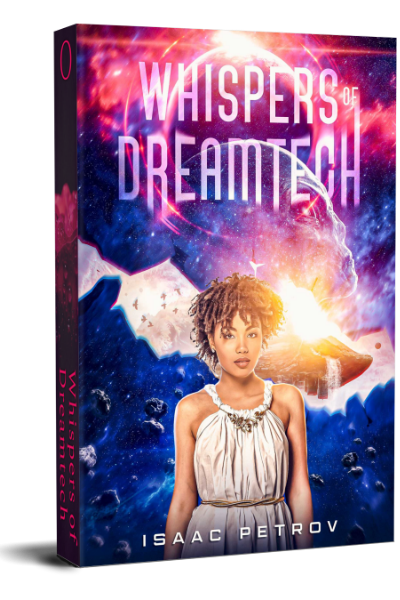