Humanity wasn’t ready for their gift—or her zeal. 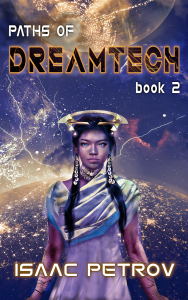 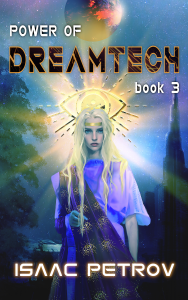 Twenty-first century: an exhausted Earth destroyed civilization.
That was the First Collapse.

Twenty-second century: an intractable disease destroyed humanity.
That was the Second Collapse.

Aliens have been watching us for millennia. They know us well.
They know humankind cannot take a Third Collapse.
And now they reveal themselves.
To a select few.

This is the epic story of a badass woman that meets an alien deep in her dreams. An alien who might have a secret agenda.

This is the story of Dreamtech, and the impact of a bizarre and disquieting alien technology on a dying human world.

Start reading now this award-winning trilogy starter and experience Edda’s epic first-contact journey in your own skin. Delve into a world of dystopian decadence and shared-dreaming alien wonders. Discover how some teenage attitude—pumped up by the power of Dreamtech—blows human history out of the water